Released from its sticky grip, this tarmac devil now cuts through the wind of the night!

This Mercedes-Benz CLA45 AMG came in to our Damansara flagship late last month for a bit of a turnaround. About a year ago, the owner had his then brand new car wrapped in some highly touted premium matte film by a renowned detailing studio in town. For the top ringgit that he paid, he was promised a slew of good things and nothing less than the highest razzmatazz.

Amongst other things, the RM24,000 matte paint protection system was meant to be all these and more:

Humour aside, just barely 12 months later, things didn’t look quite so rosy at all. As you will see from the photos below, far from being a source of pride and shining joy, his grandiose investment was instead starting to put the car in a sorry lacking state. The paint underneath may still be in relatively perfect condition, but what good is that when the overall appearance is marred by stained sticky linings and curled, peeling edges which tend to be especially visible against white or light colours. Stand a little closer and if you’re anywhere near to having an eye for detail, these problems will certainly cause a great amount of grief every time you’re around your car. Try as you may with the stickers in your way, you’ll aways deprived of standing in awe of a meticulously maintained and sterling looking vehicle. And that’s not a happy thought.

How would you feel if you spent 24k on your car only to rip it all out a year later?

The owner had decided then to strip out the stickers entirely and transform the car into a custom Matte Selenite Gray finish – inspired by the latest colour launched for the Mercedes AMG GT. In order to ensure a top quality finish that will last for many years, this project was specifically assigned to the Master Painter at RV Sprayworks, our dedicated custom body and spray facility with the use of PPG paint and an elaborate work process taking up to 2 weeks.

In the end, for less than half the cost of the stickers he paid for and threw away, the owner now had the pleasure of driving around in his beloved car rocking his favourite colour of the season. It was as if the vehicle had been liberated from the suffocating clutches of a mediocre film wrap marketed and sold at a princely sum for something that couldn’t live up to its lofty promises. And contrary to what these vendors may claim or like to believe, the days of selling overpriced and subpar solutions to gullible consumers are fast coming to an end. Now that’s a happy thought.

But at least for now, things have been set right for the CLA45 – the pure beauty of its metal once again shines bold and true minus any encumbering gluey plastic. Even if it means having to be man enough to live with a couple of stone chips here and there.

The car as it was when it came through our doors, still wrapped in matte film:

At RV Sprayworks, the car was carefully taken apart before the makeover began in earnest (video highlights below):

2 weeks later, the CLA45 reappeared out from RV Sprayworks in brand new splendour: 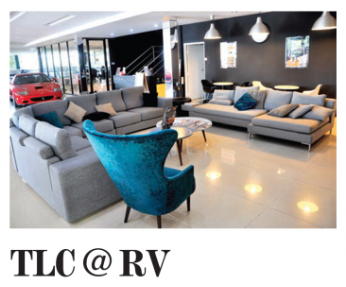 Drop by our flagship centre

Lot 2805 Jalan Damansara
Kg Sg Penchala
60000 Kuala Lumpur
Turn in to the lane next to Volkswagen TTDI and enter the LOTUS compound on your right. Slowly drive past the guard house and turn left up the hill towards a large black building with RV signage and directions to the visitor parking.